It’s taken me a while to make a statement on the issue. Out of the many reasons why, the one that stands out the most is that American Muslims tend to condemn non-practicing Muslims. Although the numbers of practicing Muslims is lower than we’d like to admit, many American Muslims are not willing to admit that a woman without hijab also has a place in our community. And often, they can represent our community in different ways, then say a practicing Muslim woman who wears full hijab and doesn’t mix with men.

Muslims in America woke up to some happy news today – the new Miss USA is Muslim! Rima Fakih of Dearborn, Michigan, is a Lebanese immigrant whose family celebrates both Muslim and Christian faiths, according to the Associated Press. Last night, she made history by winning the Miss USA 2010 crown.

“What a breath of fresh air for the Arab American community, to have Rima Fakih named Miss USA 2010,” said Linda Sarsour, Director of the Arab American Association of New York, to elan. “This is only a testament that Arab and Muslim American women too are strong, intelligent, beautiful and competitive.”

“This is historic,” said Imad Hamad, regional director of the American-Arab Anti-Discrimination Committee to the Detroit Free Press. “This shows the greatness of America, how everyone can have a chance to make it.”

So many people were obsessed about Rima as a new Muslim celebrity who could open up discussions about Islam. But I wonder why the Arab community never backed some prominent women in the media who also have Muslim heritage. I have some important questions: What if Rima Fikah came from an African American Muslim family in some place like Philly? Would the American public, let alone the Muslim community, have been so forgiving about the pole dance? Would altMuslimah and Muslimah Media watch feature articles saying that her victory was a sign that Muslims were part of America too or that she could open up discussions about Islam? Could these women of African descent and Muslim heritage create a chance for discussion about Islam and American Muslim’s place in this society?

Do we buy Eve’s albums and celebrate her as the first lady of Muslims in Hip Hop? Did we watch her show or bring her up in discussions with friends to show them that Muslims are just like everybody else?

Did we watch and support Fatima Siad who made it to 3rd place in cycle 10 of America’s Next Top Model? She was born in Mogadishu, Somalia. Did this start off discussions about the diversity of the immigrant Muslim community? 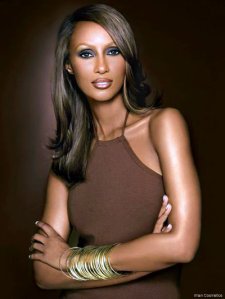 Or what about an even more famous Somali American? Do we consider her status as super model as a sign that Americans accept Muslims?

Do we Love that Girl! Who has Afro-Panamanian and Indo-Trinidadians descent? Does her family history spark an interest in the Indian diaspora and the role of Islam in the Caribbean, in addition to Caribbean Americans?

Do we watch and support Laila Ali, in her professional Boxing matches? Better yet, did we vote for her on Dancing with the Stars? She the daughter of one of the most iconic figures of African American Muslims, Muhammad Ali. But yet, do we see her strides in sports as reflecting a type of Muslim feminism?

I had two problems with the discourse on Rima Fakih and Miss USA: first, my Arab peers who expected me to celebrate this as a Muslim victory that demonstrates we Muslims are part of America too; and second, the Muslims who expected me to be angry because a Muslimah should not parade around in a bikini. Both stances assumes one thing, that being born into a Muslim family means that you are Muslim. And it also sends a stronger message, that all Arab issues are synonymous with Muslim issues. Often we are too broad in accepting every thing that people with Muslim heritage do as reflecting Islam in general. This is especially the case when it comes to Arab, Pakistani, or Indian Muslims. The women featured above are not seen as reflective of the state of Islam in America.

15 thoughts on “Rima Fakih and the Issue of Muslim Heritage”

Copyright
Please do not copy and paste entire articles in other forums and emails. A short selection and link is more appropriate. If you would like for others to read the blog, please link back to my blog. I would like to know how did people discover my work. If you use a sentence or quote in my blog, please provide attribute the work to me.
Loading Comments...
%d bloggers like this: